NaplesNews.com
“These domestic violence homicides, whether or not they’re followed by suicide, whether or not children are killed, the most common risk factor is prior domestic violence,” said professor Jacquelyn Campbell, PhD, RN, FAAN, commenting on a recent case of familicide, in which 33-year-old Mesac Damas allegedly killed his wife and five children in Florida last September.

In the article “Psychological profile hard to pinpoint for Mesac Damas” (September 27, 2009), Campbell said that assigning blame – whether to the victims, the court system, or case workers – is problematic. “He is to blame,”; Campbell said of Mesac Damas. “He did it.” It is more instructive to look for gaps in the system and find ways to improve procedures, she said.

Urbanite Magazine
In “Mother’s Helpers,” (October 2009), Missy Mason ’10 says that the best part of participating in the school’s Birth Companions program is “laboring with the moms. It’s easing their fears and staying beside them continuously.” 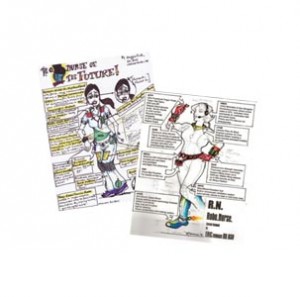 “Nurse Uniforms of the Future” (illustrations appearing in the Fall/Winter issue of Johns Hopkins Nursing) now also appear on scrubsmag.com, the website for the national nursing lifestyle magazine, Scrubs.

Patricia Abbott, PhD, RN, BC, FACMI, FAAN was featured in the article “Nurses Claim Their Seat at the Health IT Decision-Making Table,” appearing on iHealthBeat.org on December 15.

A January 7 blog entry from The Baltimore Sun and a January 10 article in The South Florida Sun-Sentinel feature a new book by alumna Sandy Summers, MSN/MPH ’02, Saving Lives: Why the Media Portrayals of Nurses Put Us All at Risk.