Hopkins nurses are appearing in news media worldwide. Johns Hopkins Nursing brings you this new section, “Hopkins Nurses in the News,” to share their stories. 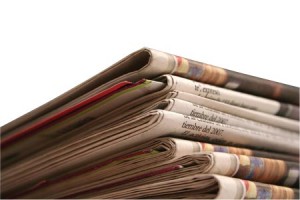 In “Coping with the ‘he-cession'” (July 17, 2009), Nicholas Martin, accelerated ’10, (right), com-mented on men seeking more jobs traditionally held by women, including nursing. Martin had originally considered pursuing a master’s in business administration, but chose a second degree in nursing instead. “I didn’t want to be behind a desk, or anything like that,” he said. “I wanted to be on my feet. I really enjoy the interaction with people–whether it’s education or healthcare.”

In her op-ed, “Dangerous Times” (June 14, 2009), Jacquelyn Campbell, PhD, RN, FAAN, addressed the rise in domestic violence in the midst of the economic downturn, and how services to help the victims are also dwindling.

Tricia Angulo-Bartlett discussed the role that nurse practitioners will play in primary care if the “congressional health care reform delivers what it promises Insurance to an estimated 47 million Americans, who would be added to an already strained system” in the article, “Nurse Practitioners Pick up the Slack in Providing Primary Care” (August 9, 2009).

International Doula
Jessica Sabo ’07 described her experiences of assisting African women during the child-bearing process in her article “A Student Doula’s Experience in a South African Maternity Ward”(Vol. 17, Issue 2).

Peace Corps Fellows USA
“I build the socialization aspect of the Fellows program by collaborating with the students,” said Lori Edwards, MPH, BSN, APRN, BC, in the article “Putting the FUN in Fellows/USA” (spring 2009).

In Other News
Research!America picked up the blogs written by Nancy Glass, PhD, MPH, RN during her travels throughout Africa  researching rape “from the perspective of perpetrators, [which] is an important way to build programs for prevention.”

In the article “Nurses: Pain Affects Everything Else,” appearing in the September 14 United Press International newswire feed, Gayle Page, DNSc, RN, FAAN, and Sharon Kozachik, PhD, RN, note that pain is an “‘exquisite stressor’ affecting mood, sleep, the abilities to heal, and to fend off infection.”

The Miami County Republic (June 24, 2009) reported the progress of Mary McQuilkin ’09 and 27 other cyclists pedaling 4,000 miles across the country as part of the “4K for Hopkins” fundraising effort for cancer research. On the evening of June 22, McQuilkin and other cyclists stopped for the night in Paola, Kan. after covering 112 miles in a single day. The journey started in Baltimore on May 31 and finished in San Francisco on August 1.