The Pediatric Oncology Unit, CMSC-8, had just rolled out the new Sunrise Provider Order Entry (POE) system. Talk about stressful times! The nurses had plenty on their minds. Were the orders correct? Did the lab labels print accurately? Were they getting this right? 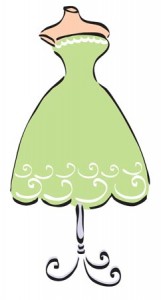 But amidst the POE rollout, there was something much more important happening on the floor that day: Someone had to get to the senior prom.

You only have one senior prom in your life. For 18-year-old Vanessa (not her real name), prom was this Saturday–and she wasn’t prepared. How could she be? She had been sick in the hospital for days.

Vanessa was brought to the hospital for diabetes insipidus, which had been caused by the steroids she had been given to reduce a recurrent germ cell tumor. The diabetes was out of control and she needed to get on insulin and be taught how to take care of herself with this new development.

This story probably sounds like a thousand others you have heard. Well, maybe not a thousand stories, but you know–someone needs to go to a prom, they don’t have a dress, someone else supplies it, and “Voila!” they are off to the dance, just like Cinderella herself.

But that is not how this story went, exactly.

Vanessa really wanted to go to her senior prom. Her nurse, Christine Woo, RN, and the resident on duty, Katie Sussman, had a lot to do to get her safely ready for discharge in time for the prom.

Then there was Julia Sussan, RN, the nurse who was the dress champion for the day. When Julie found out that Vanessa wanted to go to the dance, but didn’t have a dress, Julie–who was five months pregnant–said she had a lot of bridesmaid dresses at home. She thought that Vanessa and she were about the same size–at least before she’d become pregnant. Julie volunteered to call her husband Tom, a Hopkins post doc in public health, who was home painting, and who she was sure wouldn’t mind bringing in some of those dresses she had in the closet.

Julie thought about it. She had a green bridesmaid dress, but it was a very particular dress, one that Julie didn’t think she could part with.

The green dress was one she had worn in February 2006 as a bridesmaid in the wedding of her dear friend, Catherine. Catherine had cystic fibrosis, and had undergone a double lung transplant here at Hopkins in March 2006. She died later that month.

Julie, along with some of Catherine’s other friends and family, started a foundation called Catherine’s Fund 4 Cystic Fibrosis (CF4CF). In fact, the evening I met Julie, she was wearing her CF4CF tee-shirt under her scrubs. The foundation has raised more than $24,000 since it was started.

Julie had recently been working on cleaning out her closet and had even thought about donating all of those dresses to a charity. All of them, of course, except the green one.

Well, you know how young prom princesses are when they make up their mind on a color. Vanessa didn’t even want to hear about the other dresses once she heard about the green one.

Julie knew that she would never wear the dress again. So she sucked it up, called Tom, and talked him into putting down the paint brush, finding the dress, and carefully bringing it in for the soon-to-be prom princess.

Everyone else went into high gear. Makeup and nail polish were located, a sash was fashioned out of a few pillowcases, decorated with the moniker “Prom Princess.” Even the POE nurses jumped in and helped. All the orders were written, the teaching was done, and off she went to the prom. And, like Cinderella, she was late.

Pediatric oncology nurses see a lot of tragedy. Their stories don’t always have a happy ending. But without a doubt, that night certainly did, as one young lady was transformed from a patient into a princess!

On prom night, Stephanie Kearns, RN–the writer of this story–was working on The Pediatric Oncology Unit to support the rollout of the new POE clinical documentation system.?”This story involved a lot of giving, a lot of hope, and quite a few Hopkins employees working together to make a young lady’s prom dream come true,” says Kearns. “I was so proud of these nurses and their kindness; it was wonderful to even have the ability to work on their unit to assist them with POE.”