By Maria D’ Antonio ’06
Photos by Will Kirk 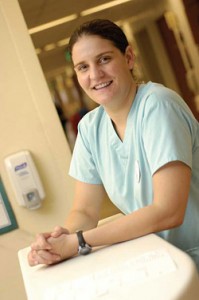 I’m not one of those nurses who knew from childhood what I wanted to do “when I grew up.” I didn’t realize I wanted to be a nurse due to a tragic accident followed by extended hospitalization. I didn’t come from a family who was affiliated with the health care profession (with the exception of my hypochondriac father who visits his primary care physician on a biweekly basis).

My first bachelor’s degree was in marketing, which I chose my freshman year simply because it seemed to be the vaguest option without sounding “undecided.” After graduation, I had no idea how I wanted to spend the rest of my adult life, but I was okay with waiting to figure it out. Much to my dismay, I found that being a professional student wasn’t financially feasible.

So I saved up some money, took a month off of work, and drove cross-country with a friend. I was toying with the idea of going back to school for teaching; she for nursing. And somewhere between New Jersey and California, the paths of both of our lives completely changed. She now teaches high school science, and I am nursing on an orthopedic/ortho-spine/trauma unit.

The week before I graduated from nursing school at Johns Hopkins, I wrote myself an e-mail message. I had been told that my first year on the job would be difficult and that I would struggle to cope. I promised to give myself at least a year of working as a nurse before I made any decisions to quit,but that I would indeed quit if I was burnt out and unable to remember the reasons why I originally set out for nursing. The e-mail was to serve as a reminder of why I went into nursing in the first place and what I hoped to be able to give back to the profession. 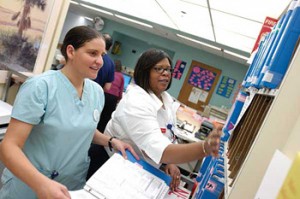 I told myself that the schedule would be awesome. I would earn a competitive salary, have opportunities to learn and grow, and pursue further education. I told myself that nursing would have the intrinsic rewards that I had sought in other jobs but could never find. Then I graduated from nursing school.

When I first starting working, I was on a busy unit with a lot of discharges and admissions each day. In the midst of my orientation, we switched from paper charting to computer charting our medication administration. And the unit itself was going through a lot of changes with a lot of new nurses hired and a few experienced nurses leaving. I didn’t feel ready when it was time to complete orientation. The incon-sistent schedule left me stressed out and missing my family and friends. I was exhausted, I felt incompetent, and apparently had a big problem with time management.

I felt like I was at work constantly,and when I wasn’t at work I would think about it. Did I forget to tell the incoming nurse something important about my patient? Did I forget to sign off a medication I gave? Did I leave a patient on the bedpan and not tell anyone?

I started to have trouble falling asleep. When I did sleep, I’d dream about work,nightmares of incompe-tence like realizing at the end of the shift that I had a patient I had never seen. I was nervous before work, during work, and after I got home from work.

The anxiety faded, however, when I was in the room with patients. There, I felt solace. I was able to remember what I love about nursing: talking with and helping the patients. My time with them wasn’t about documentation or racing against the clock. It was about assessment, understanding, and interaction. I felt like the pace could slow down a bit.

I remembered a conversation I’d had with Assistant Professor Nancy Woods, PhD, MPH, APRN during my labor and delivery clinical rotation when I was still in nursing school. When I asked her about the anxiety and stress I was feeling, she responded that a good nurse should always have a healthy fear of nursing. Then she asked me how I felt when I was with the patients. I said, “Well, that’s the one time I feel like I’m actually doing something right!” And her response comforted me: “That’s a big part of it.”

It took me a while to be sure that nursing is the right career for me. The interaction with my patients and the support from family, friends, and the other nurses,especially my preceptor,helped me pull through that first year. The unit’s nurse manager encouraged staff feedback, and I felt like I had a voice on the unit and that it was heard. Once I started to feel like I had a better grasp on my job, I asked her about learning opportunities with the unit, and she sent me to a trauma conference. I now participate on the unit’s service excellence committee and co-chair the education committee.

I think the key for me,the reason why I stayed with nursing,is because somewhere amid the anxiety and strife of my first year, I have grown exponentially as both a person and a nurse. The difficulty of transitioning from a nursing student to a nurse forced me to face my own doubts, questions, and insecurities. My patients helped open my eyes to the diversity of the human experience,different places, situations, and experiences. My time management skills and punctuality have definitely.

The work is arduous, but the payoffs are some of the best that I have ever experienced: knowing I’ve used good judgment, admitting when I’ve made a mistake, applying clinical skills and assessments, knowing I have made an otherwise unbearable situation more pleasant for someone, providing support to those in need, advocating for a patient, helping a coworker, learning to accept help from others, resolving conflict, finding creative solutions, feeling that I am genuinely appreciated. It’s what makes me a nurse. 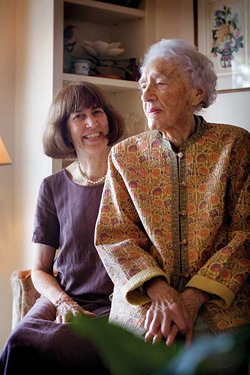 At Johns Hopkins, “our first love is the School of Nursing,” says Elizabeth Trimble, a public sector lawyer whose family members include generations of doctors and nurses. Though the establishment of this scholarship fund in 1996 was in I. Ridgeway and Frances H. Trimble’s honor, in recent years their daughter, Elizabeth, has become an active supporter of the School as well.

The late I. Ridgeway Trimble was educated and trained at Johns Hopkins in the 1920s. He met Frances when she was training as a doctor in gynecology at Sydney’s Royal Prince Alfred Hospital, and he was serving in the South Pacific in World War II. They married in 1945 and came back to Baltimore to start a family and continue their medical careers: he as a surgeon, she as the medical director of Planned Parenthood of Maryland for 27 years.

So, what is it about nursing education that the Trimble family of doctors and lawyers believes is so important? “The quality of the students, their backgrounds, and their vision are really impressive,” says Frances. She rem-inisces that her husband experienced first-hand the critical contributions of nurses in the field hospitals during the war and those doctors developed a real appreciation for and commitment to the nurses. I. Ridgeway Trimble later became a strong advocate of the re-establishment of a nursing school at Johns Hopkins.

“The idea that there is a fund for mom and dad at the School of Nursing is really wonderful, especially for dad because it was very important to him that nurses be awarded bachelor’s degrees,” says Elizabeth. “He really believed that his patients did well because of Hopkins nurses; he had a tremendous respect for them.”

I. Ridgeway and Frances Trimble Scholarship
Established in 1996 by an anonymous donor to recognize the role the Trimbles, both physicians, have played in the history of Johns Hopkins Nursing. Dr. I. Ridgeway Trimble was the leading proponent in the medical community for establishing nursing education as a degree-granting division of the University, and Dr. Frances Trimble was a founding member of the National Council for Johns Hopkins Nursing. 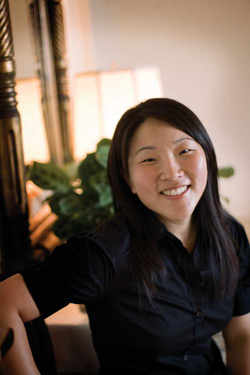 As a second generation Korean American born and raised in Southern California, it was not a mistake that I was one of millions of uninsured Americans for most of my life; that I had immigrant parents who did not realize the importance of regular checkups and preventative health care; that a number of my family members passed away from cancer caught too late; that my fear of doctors added to my avoidance of getting proper health care even as an adult with insurance; or, that I took a class in college that ignited a passion in me to improve patient-provider communication and ultimately led me to the Johns Hopkins University School of Nursing.

None of these things were a mistake, because all of these experiences have molded who I am today and driven me to pursue nursing. I know firsthand the importance of basic and preventative health care and have a vested interest in bringing that message to everyone, from the uninsured to the fearful, infants to the elderly.

This spring, I began a pediatrics rotation on the oncology unit at the Johns Hopkins Children’s Center and unexpectedly fell in love with the field and its young patient population. The seven weeks I spent on that unit essentially changed the course of my nursing career-this summer, I accepted a position in pediatric oncology at Children’s Hospital Los Angeles, near my home and family.

I am honored and thankful to have been chosen to receive the Drs. I. Ridgeway and Frances Trimble Scholarship. It is a gift of education that will undoubtedly go on to touch many people in need of care.