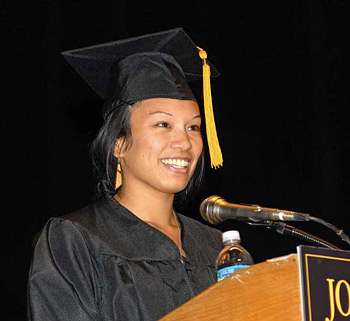 We read it sometime back in shiny recruitment materials,
Then they reminded us again on “Accepted Students’ Day”-
They said something about stopping to take two years for a Traditional BS degree in Nursing.
So we stopped and took a risk on ourselves to become-nurses.

They announced it again in P and A lab that morning-sometime after Diane’s ducks waded past the faces pain scale and our trusting supine British Sim-man. Then again before that quivering subQ shot we practiced on an Ace bandage and that fumbling first time Foley cath on plastic drainage pipes…
They stopped to remind us that tradition translated into teamwork, compassion and care,
Helping each other hands-on in clinical rotations between the heparin and insulin-
We learned a little something about what nursing and taking risks really meant-
Thanks to Janice Hoffman’s serial ABGs and contagious enthusiasm for critical care,
We stopped now to see that we didn’t need a monitor to assess that we’re rapidly -becoming-nurses.

Between the stop signs in East Baltimore and Durban, Haiti and the Homewood campus,
Broadway Street and the UAE,-We could not, would not be stopped-
Sometime between high fives at Headstart, to seeing that first decel on the fetal monitor,
To reassuring that uninsured mother… Between every ambu bag and chest compression,
To stopping to be that nurse to change that patient’s five-day old ulcer dressing,
Suctioning trach collars and checking chest tubes, To caring for families and children living with CP,
To holding the hands of strangers struggling with newfound TB or HIV-We stopped and saw it in each other’s faces and skillful hands, and in what our patients weren’t always saying to us. 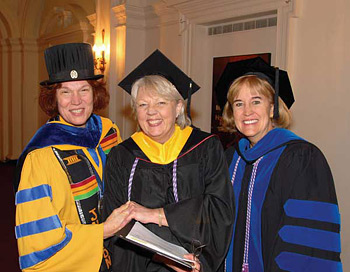 From the ED to L and D, shock/trauma and MICU, and soon to a hospital near your Cardiac SICU-
Between every SBAR, V-fib, then reading together about PEPFAR,
From the BBC and DRC, to EKGs and every 14 Gauge IV saying, “just a little stick”…

We stopped and taught ourselves-that this was possible.
That “traditional” translated into tenacity and innovation,
That “taking risks” meant quality care, perseverance, leadership, listening, and-that we could stop-and take a risk on ourselves… Bouncing from day care before dawn, to work study or a tech shift-From lack of sleep to bottomless lattes, late calls home, to racing for the shuttle; running to make tuition payments, to O2 seats on EMT ambulance rides-we were non-stop.

They taught, we learned-We taught, they learned-
And at the end of every culturally competent H&P, midterm exam, nurse’s note, and plan of care,
we learned that-Yes, we are nurses,
And yes-while still un-licensed for just a few more weeks that
Yes,-We had become an un-pharmaceutical product of our patients, of our passions, of each other-
and that we-are-so critically-untraditionally-Unstoppable… 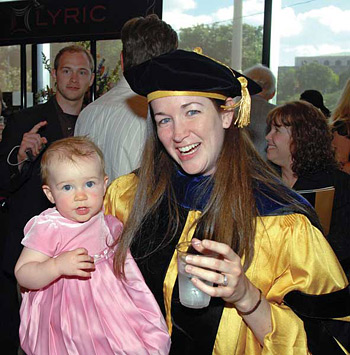 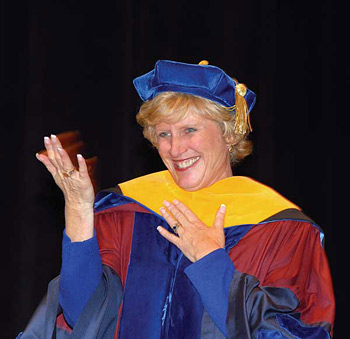