She Wrote the History on Hopkins Nursing

The Wisdom of Their Years

At Home at Hopkins

She Wrote the History on Hopkins Nursing

As an oral historian and director of Hopkins History Enterprises, Mame Warren tends to look at Baltimore’s ever-evolving building facades and envision what they must have looked like a long time ago.

The Annapolis native originally came to Baltimore to work on a book to mark the 125th anniversary of Johns Hopkins University. She spent months gathering photographs and conducting interviews in order to, as she describes her work, “wed the words that people tell me with the pictures.”

Impressed with her efforts on the Knowledge for the World Hopkins history book, the Nurses’ Alumni Association approached her about undertaking a history of nursing. “They had been trying for years to get their own book together,” Warren recalls. Her efforts culminated in Our Shared Legacy, which collects the history of the School of Nursing from its founding in 1889.

Warren says she was impressed with the School of Nursing building on her first visit, and she quickly came to love and respect the people in that building even more. “I spent many years of my life as a caregiver to friends and relatives who were ill, and it is crystal clear to me that the most important people in our health care system are the nurses,” she says.

The university’s founder and namesake, Johns Hopkins, shared a similar viewpoint, Warren notes. He made it clear in his will that there should be a school in the city dedicated to training nurses, since there were so few people with nursing skills in 19th-century Baltimore.

“The School of Nursing stepped into that void and created a whole profession that virtually didn’t exist in the city,” says Warren. “And the definition of nursing and what you can do with a nursing degree has expanded through the generations.”

The Hopkins Nurses’ Alumni were grateful for the work of authors, Mary Frances Keen ’70 and Linda Emerson Sabin ’67, and found in Mame Warren a skilled editor to bring the book together. Betty Scher ’50, who nominated Warren to become an honorary alumna of the school, said “She immersed herself in our past and present,” and added that over the course of the project, she watched Warren develop into someone who “glows in the spirit of Hopkins nursing, exalts in the accomplishments of so many of our alumni, [and whose] pride in the school and its alumni rose to a level far above the work she had taken on.”

Warren, who received her honor from the alumni in September 2006, says that being embraced by the nurses of the school and getting the opportunity to help them finally tell their stories is a rewarding experience she can hardly put into words.

“I certainly will be attending Homecoming at the School of Nursing,” says Warren. “I’ve made a lot of friends there.”

The Wisdom of Their Years 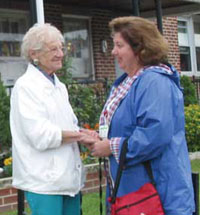 “I was a candy striper in high school,” says the Baltimore native. She volunteered at Baltimore’s Church Home and Hospital, helping patients from a variety of ethnic backgrounds-many of them older-who all had their own stories to tell. Even outside the hospital setting, she had childhood experience with caring for older adults.

“My grandmother had been ill after having a stroke and my mother was her primary caregiver,” says Marks. Through helping with her grandmother and volunteering at the hospital, Marks became interested in geriatrics. After completing her RN degree at Church Home and Hospital School of Nursing, she next studied at the University of Maryland to earn her bachelor’s and master’s degrees, specializing in gerontology.

“One of the great joys I find in geriatrics is listening to my patients and hearing their life stories-what Baltimore has meant to them, and learning from them because they have a great deal of insight to offer,” says Marks, who today works in the geriatric department at Bayview Hospital, a position she has held for 21 years.

“My day is never dull and never the same,” says Marks. “And I get to work with a wonderful team of people.”

One of the projects Marks is heavily involved in is the Johns Hopkins Geriatric Education Center, which services eastern Maryland. She helps teach geriatrics to area nursing assistants and coordinates conferences and programs on caring for older adults. Marks is hoping to get grant support to expand many ongoing projects and reach more areas of Maryland to teach people about the care of older adults. Last year, she received an Excellence in Gerontological Nursing Award from the Maryland and DC chapter of the National Gerontological Nursing Association. “The award is not just mine-it belongs to everyone I work with,” she says. “It takes a team to care for a patient, and I’m just lucky to work with such a great team.”
^top

At Home at Hopkins 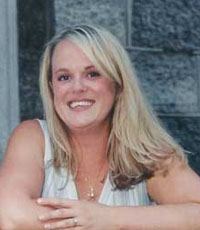 Johns Hopkins has been a part of Julie Cossamano’s life for almost as long as she can remember. Growing up in Baltimore City near the Homewood campus, she spent a lot of time at the university with her family-going to Spring Fair and Blue Jays lacrosse games. But it wasn’t until she was 17 years old that her interest in Hopkins turned medical.

“One of my cousins was in the Johns Hopkins Hospital, and just watching the nurses working there really impressed me,” says Cossamano ’00. When she decided that she wanted to study nursing, she turned to the “community” hospital she’d grown up with-which happened to be one of the premiere medical institutes in the country, if not the world.

“Going to school where your patients lived led to some interesting insights,” she says. “It helped me get a perspective of the patients, and it made me a little more understanding. Sometimes in the profession, you lose the perspective that [your patients] are real people you might run into at the mall or around town.”

After graduating in 2000, Cossamano went to work at Johns Hopkins Bayview Medical Center as an ICU staff nurse for a brief period before settling in Interventional Radiology.

“Being at the Bayview campus is a whole different world than the main Hopkins Nursing campus,” she says. “The biggest difference is that we are much more of a community hospital than the main campus is or was.” Most of Cossamano’s patients are local city residents-many are retired steel workers-who come from a variety of ethnic, cultural, and economic backgrounds.

In addition to the closer interaction with the patients, Cossamano enjoys working at Bayview because she is able to pursue industry-leading research projects and develop new medical techniques. “I like that it’s a teaching hospital,” Cossamano says, noting that she continues to learn every day while simultaneously expanding the knowledge base of the nursing field.
^top 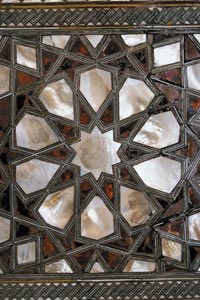 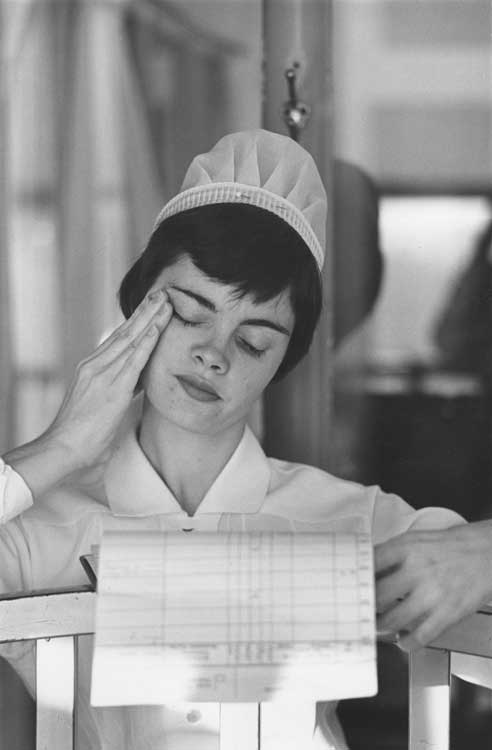