At the 1921 dedication of Peking Union Medical College, John D. Rockefeller, Jr. (foreground, left) and PUMC director Henry S. Houghton (Hopkins School of Medicine, 1905) joined nurses as they celebrated the opening of the first Western-style nursing and medical school in China. PUMC was funded through the Rockefeller Foundation and planned, developed, and staffed by Hopkins nurses and physicians. Anna D. Wolf, a 1915 Hopkins nursing graduate, served as PUMC Superintendent of Nurses (1919-1924) and Dean of the School of Nursing (1924-1925). 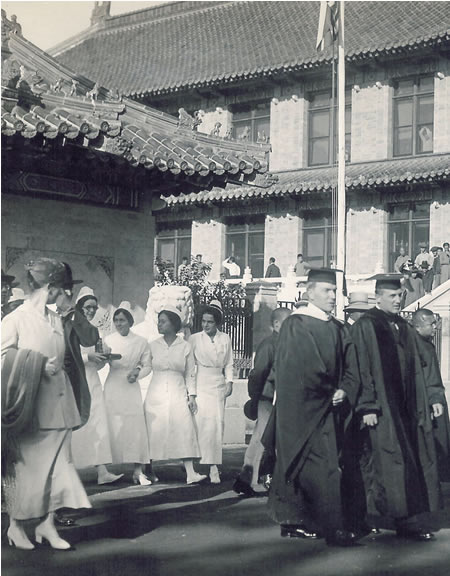