From the January day 6-year-old Lucas Livingston was diagnosed with leukemia, to a time three months later when his body rejected his father’s transplanted bone marrow, his family and caregivers at the Johns Hopkins Children’s Center had but one resolve: treat to cure. But in the next two months of fighting, Lucas’ condition only got worse. His father Gordon Livingston, in his memoir Only Spring, recalls spending the last 11 days in intensive care, watching his son fade in and out of consciousness. “When your child dies,” says the Hopkins-trained psychiatrist, “it’s just an inconceivable loss. It’s not the order things are supposed to go in, and people have no preparation for this.”

Livingston never once lost hope during the five-month ordeal, but fears too many of his son’s doctors and nurses did. “If anything, the doctors were afraid to be hopeful,” he says. “But it wasn’t helpful to us to see them dragging in on rounds like funeral directors.”

That was in 1992. Since then, Hopkins has taken many strides to give better care to its dying patients, and especially its young ones. “Sometimes people think that when we start speaking about palliative care it means we’ve given up hope,” says Cynda Rushton, DNSc, RN, FAAN, Johns Hopkins University School of Nursing associate professor and Program Director of Harriet Lane Compassionate Care, Hopkins’ pediatric palliative care program. “But instead of focusing on the death, we want to help them to live as well as they can, for as long as possible.”

In the fall of 2004, Rushton and her colleagues brought together more than 40 health care professionals and bereaved parents at the Maryland Pediatric Care Summit at the School of Nursing. The participants discussed making palliative care more family-centered, improving systems of care and education, and changing state financing guidelines so families don’t have to choose between end-of-life treatments and skilled nursing.

Some problems discussed are specific to children. In order to receive hospice services, for instance, patients have to be expected to die within a six-month time period. But as Rushton explains, “children’s diseases are usually not that predictable.” This regulatory barrier prevents some families from receiving the benefits of hospice until close to the child’s death. Ideally, Rushton says these specialized services could be integrated with curative treatments from the time of diagnosis.

The most noticeable progress at Hopkins has been educating doctors and nurses in compassionate communication and decision making. “Everybody involved in the child’s treatment has a responsibility to have these skills,” Rushton says. To this end, the Children’s Center co-sponsored an intensive training program for professionals on March 12-14, which focused on how health care providers can work together with parents in these emotionally draining situations.

Gordon Livingston agrees this caregiver education is desperately needed. “Those who work everyday with dying kids just need more help in the way of training,” he says, “to know what things work with parents and what don’t.” 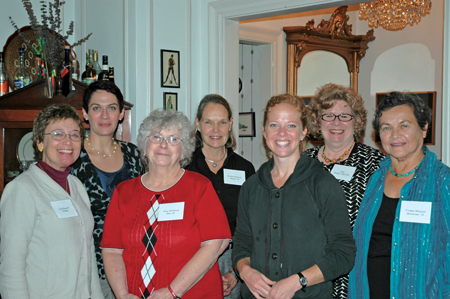