Heroes Stand Against the Wave of Tragedy

Heroes Stand Against the Wave of Tragedy

By Ron Supan and David Sheridan

In the wake of the deadly tsunami that struck Southeast Asia last December, many health care providers responded to the urgent need for medical help and support. Among those who traveled to the region to help were Hopkins nursing alumni Brian Wahl ’99 and Emily Seay ’01.

Both Wahl and Seay had been to Southeast Asia prior to the tsunami —Wahl as a tourist and Seay as a teacher. When news of the tragedy spread, each felt a sense of urgency to return and assist with relief work.

Wahl spent much of his time assessing the needs of the country, and concluded that burning medical waste was a top priority. Next, in a battle to stop the spread of measles in six refugee camps containing some 13,000 people, he organized a vaccine operation. “Measles had already begun to spread, and I didn’t want to see more people die,” Wahl says. His operation vaccinated men, women, and children by the thousands. His final task included training Indonesian nurses in the basics of medical treatment. He hoped the newly trained nurses would be able to continue to care for the sick and give vaccines after the aid workers had returned home.

Seay, whose earlier teaching experience in Thailand had focused on reproductive health issues, was overwhelmed by the damage before her eyes. “I saw utter and complete ruin. We kept driving through mile after mile of twisted metal, heaps of garbage, and buildings and boats and cars. I had tears running down my face the whole way,” she recalls. Seay found herself living in a pup tent in the middle of a refugee camp in the village of Calang. There was no electricity or running water and her restroom was a hole in the ground. Her duties included public health work for disease control and planning, health assessments, and data collection. She also provided a vaccine operation similar to Wahl’s.

Despite the horrendous destruction, long hours of work, and overwhelming numbers of victims in need of their help, Wahl and Seay felt they made a difference. “This was the most important work I’ve ever done,” says Seay. Both note that their work in Southeast Asia could not have been undertaken without the support of their colleagues in the Emergency Department at Hopkins’ Bayview Hospital, who covered their shifts during their absence.

By Ron Supan and David Sheridan

When Alexander arrived, many victims were affected by “tsunami lung” —a condition caused by the inhalation of tsunami-related debris and water that causes debilitating, and sometimes life threatening, pneumonias. On board the Mercy, she saw patients with long-term illnesses that had not been diagnosed or treated by any clinicians; tumors on the face, neck and abdomen; and several children with anal atresia requiring surgery. “The biggest daily challenges for me were: Should we do more? Can we do more? Can we treat more patients? Should we do more for a particular patient? Are we using our time, resources, budget, supplies and staff effectively?” says Alexander.

In addition to her duties on the ship, she had the opportunity to spend time on land at an Indonesian military hospital, where she provided staff education and training. “I provided primary care in a makeshift clinical environment as a pediatric nurse practitioner, where I assessed and diagnosed common medical complaints, as well as some tropical ailments, and prescribed the appropriate medications and treatments,” she says. Alexander also offered inpatient acute and post-surgical care alongside physicians and nurses from Singapore, Indonesia, and Mexico.

The volunteers worked long hours. “The hours and conditions were never a problem because we went over there already expecting to work long hours in a harsh environment,” says Alexander.

The medical team aboard Mercy evaluated and treated more than 49,500 patients and performed more than 97,000 medical procedures ashore and aboard the hospital ship in the aftermath of the disaster.

On July 21, 2005, President George W. Bush thanked the volunteers from 37 states, including Alexander, for their dedication to helping restore a region overwhelmed by disaster. “We had a common purpose, helping the Indonesian people, and everyone knew that and behaved accordingly,” says Alexander. “I have done a lot of other mission work over the years, but I can honestly say that this was the most meaningful mission thus far.” 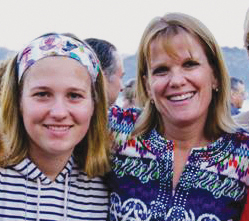 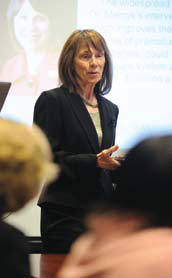