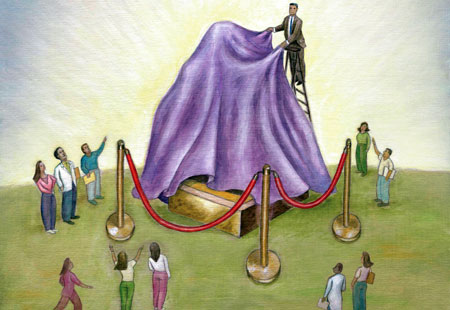 By the year 2015, a doctorate of nursing practice will become the required degree for nurses in advanced practice fields, according to a new ruling by the AACN.

Nursing leaders at Johns Hopkins—and from around the nation—are
working together now to address that crucial question.

For nurse researchers with academic ambition, the PhD has long been de rigueur. Now their nursing counterparts in clinical practice have an academic pinnacle to call their own.

In a decision of the American Association of Colleges of Nursing, the Doctorate of Nursing Practice, or DNP, will eventually become the required degree for nurses in advanced practice fields, including nurse midwives, nurse anesthesiologists, nurse practitioners, and clinical nurse specialists.

By a margin of 160 to 106, 226 of the 587 AACN member schools voted last October to require the practice doctorate, rather than a master’s, for advanced practice nurses by the year 2015. The move by AACN replicates those taken by other health care professions, including pharmacy and podiatry, as they established practice doctorates.

“Virtually every other health profession has ramped up their terminal practice degree to the doctoral level,” says Elizabeth Lenz, the dean of the Ohio State University nursing school and head of the AACN task force that developed the DNP recommendation. “With the sophistication and complexity of health care, the knowledge required for practice competency at these advanced levels requires a doctorate, and that’s true of nursing as well.”

But the move to require a DNP for advanced practice is not without controversy.

At Johns Hopkins, leaders in the School of Nursing are studying the issue deliberately.

Dean Martha N. Hill says she appreciates the arguments in favor of an advanced practice doctorate, particularly given the growing complexities of health care. “If nursing is the last of the major health professions to have a clinical doctorate, I ask, why not do it?”

At the same time, she remains concerned about adding a doctoral program that could detract from the school’s well-regarded PhD program. That program, which now enrolls 31 students and involves 25 faculty members, focuses on nursing-based scientific research, not on clinical practice.

“My reaction to all of this is that at the School of Nursing, we must protect the PhD program we have, first and foremost,” Hill says. Hill is also concerned about the feasibility of launching a DNP program.

Hill has named a task force of SON faculty and students, as well as a representative of the Johns Hopkins Hospital nursing department, to examine issues related to the DNP and to make recommendations to the School of Nursing deans. Co-chairing the group are Anne E. Belcher, senior associate dean for academic affairs, and Phyllis W. Sharps, director of the master’s program.

The group is examining DNP programs at other nursing schools and is expected to advise on whether Hopkins should develop a DNP program at this time and, if so, recommend models for a Hopkins DNP.

Among the thornier issues confronting the task force is determining the resources a DNP program would require—including faculty, staff, space, and financial aid.

“The discussion in our task force meetings has been very lively to say the least,” says Belcher.

She and Sharps are stressing the importance of involving the entire nursing community in developing recommendations for if and how to move ahead with a DNP requirement.

“It’s an exciting and challenging decision,” Sharps says. “There are pros and cons on whichever decision we make. How much money will it cost? Not only is there a shortage of nurses, there is a shortage of nursing faculty. Where are they going to come from?”

The task force, which is expected to issue a report by the end of the fall semester, has discussed the DNP issue with a counterpart group at the University of Maryland nursing school. The task force will also explore whether a new DNP program at Hopkins could lead to collaborations with other Hopkins divisions. For example, DNP candidates could, in theory, take courses and collaborate on projects with students in the Doctor of Public Health (DrPH) program at the Hopkins Bloomberg School of Public Health.

As the task force moves ahead, one key voice in the discussions will be hospitals and other nurse employers. There is some concern that nurses who spend the extra time earning a DNP rather than a master’s will not see a commensurate increase in their roles and responsibilities or their salaries.

Karen Haller, the vice president for nursing and patient care services at Johns Hopkins Hospital, says she is eager to see the details of the DNP concept fleshed out. For example, how much clinical experience will new DNP recipients have?

“What positions will they qualify for?” Haller says. “They could have less experience than an expert nurse who has been here 10 years building her knowledge base experientially. Will this be a degree that someone can go straight through and get, and once they do, will they be able to hold a leadership position?”

While the discussion of the need for a DNP degree unfolds, Haller is confident that one thing will not change—the demand for advanced practice nurses.

Schools that now have advanced practice master’s programs are not sure how long such programs will be needed as a DNP program is added. Another concern: Will advanced practice nurses who are working in their fields be required to return to school to complete a DNP? If so, will there be any source of funding to pay for their additional education?

At the University of Pennsylvania, Dean Afaf I. Meleis recently wrote, “At this point, it is difficult to know or fully understand all the implications of this decision for nursing and, specifically, for our school.” Penn, like Hopkins, is planning an ongoing discussion of the issue to hear from the entire nursing community. But Penn does not intend to open a program.

University of North Carolina nursing Dean Linda A. Cronenwett opposed the DNP requirement and worries that it will strain nursing school resources and lead to fewer students pursuing PhDs.

“Many schools will not be able to afford to do two doctorates well. Many can barely marshal appropriate resources for one,” she wrote in a position statement presented at a Penn forum in March.

In an interview, Cronenwett said her nursing school, like many others, has undergone significant funding cuts that will inhibit the creation of new programs. “The thought of trying to mount something of quality in this climate is overwhelming,” she says. She adds that nursing schools should move deliberately while the entire nursing school community reaches consensus on how the DNP should be implemented.

Two AACN task forces are studying the long list of issues and questions that arose since last year’s vote.

One task force is considering the logistics of implementing the DNP, focusing, for example, on how programs might allow nurses with master’s degrees to return to school to obtain a DNP. That task force, on which Dean Hill sits, will also consider issues related to launching a new DNP program—licensure issues and issues associated with reimbursing advanced practice nurses who return to school to obtain a doctorate.

A second task force is working to develop the essential components of a DNP degree and curriculum. The panel issued a proposed draft of its findings in August. These findings were to be discussed at a series of regional AACN conferences this fall and winter, events designed to generate feedback from faculty, employers, practicing nurses, graduate students, and other stakeholders. The task force will then develop a final proposal to be considered by the members of AACN in 2006. The draft essential components are available at the AACN’s website: www.aacn.nche.edu.

Nursing leaders are stressing that developing the components of a clinical doctorate and implementing the DNP requirement will pose major challenges both at the national level and within individual nursing schools.

“This was meant to be a revolutionary step in the education of advanced practice nurses,” says Dean Hill. “The implications of this for many schools are enormous.”

Tom Waldron is a Baltimore writer. He wrote about the School of Nursing’s international programs for the Spring 2004 issue of Johns Hopkins Nursing.