Three successive presidents of the Maryland Association of Nursing Students (MANS), all hailing from Johns Hopkins University School of Nursing, recently took some time to share their thoughts with Johns Hopkins Nursing on the organization’s past, present, and future.

“I really believe that whether you are a nursing student or nurse, involvement in your professional organization can do so much to advance your career and the profession as a whole,” says Tresa Kaur Dusaj, who served as MANS president in 2003–2004. Toward that end, the organization—which serves students from two dozen nursing schools across the state—offers its members updates on legislative, community health, and educational issues, and provides an opportunity for networking and leadership. Creating a MANS website (www.marylandnursingstudents.org), doing community service, and keeping up with ongoing recruitment efforts were high on the list of Dusaj’s priorities during her tenure. “My main goal as president was to increase participation in MANS, and we accomplished that, tripling attendance at our annual convention.”

For any student nurse interested in exploring career options and networking with peers, graduates, and notables in the profession, MANS’ annual conventions are invaluable. Held each year in January, they offer a creative mix of presentations, panel discussions, and vendor exhibits.

This year’s convention was held aboard the USNS Comfort, a Navy hospital ship docked in Dundalk, Maryland. “Commander Kirkland and his crew were so accommodating and very excited to have us on board,” says Sara Angelino, MANS president for the 2004–2005 academic year. “It was an amazing experience.”

In addition to putting together a successful convention, one of Angelino’s goals as president was to foster a more geographically diverse MANS membership. “I wanted to shed MANS’ reputation as a ‘Hopkins organization,’” she explains. “We have begun to see increased participation from other schools so that our organization better represents the entire state.”

Angelino also served on the national level as chairperson ex officio of the National Student Nurses’ Association (NSNA) Council of State Presidents (COSP) planning committee. “The national exposure has been a great experience,” she says. “I didn’t realize that nurses could do so much. I always thought a nurse’s place was in a hospital, a clinic, or community. Now I see nurses as politicians, business executives, and real leaders.”

Recently, the presidential torch was passed to Neysa Ernst, who will lead MANS through the upcoming 2005–2006 school year. She looks forward to carrying on the tradition of commitment to the professional development of fellow student nurses. “My predecessors accomplished so much and provided a fabulous foundation for me to build on,” says Ernst. “My goal is to make the organization prominent from a national perspective.” She says she is grateful for the support of her Johns Hopkins instructors, who understand that involvement in the student nursing organization is a valuable learning experience that complements the academic aspect of a nursing education.

“I would like to urge all student nurses to get involved,” she says. “We’re all going to be professional colleagues someday, and we need to learn to work together as a team.” 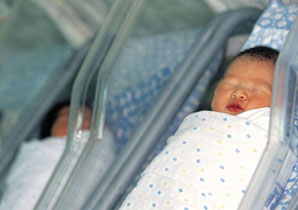 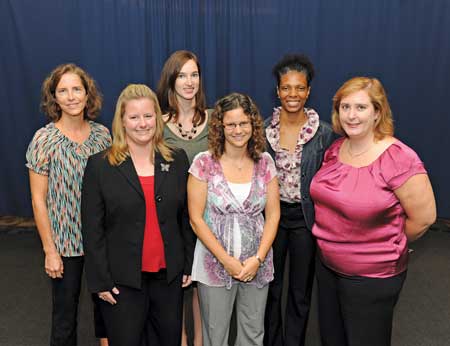