The merger took place at a special ceremony on December 3. To mark the occasion–and its 100th anniversary–the CHH School of Nursing Alumnae Association presented the Johns Hopkins School of Nursing with a three-foot check in the amount of $100,000 to establish a scholarship to support the education of future Hopkins nurses. The group also brought with it a rich history, fond memories, and a unique collection of archival artifacts.

Church Home and Hospital’s history and relationship with Johns Hopkins dates back to 1904, when it was established in East Baltimore just two blocks from the Johns Hopkins medical campus. After educating nurses for seven decades, the CHH School of Nursing closed in 1976. In the early í80s, when the Johns Hopkins School of Nursing was forming as a division of the university, CHH donated $100,000 to support it. Then, in 1999, the Church Home Hospital shut its own doors.

Faced with an attic full of boxes containing CHH’s nursing school archives–vintage uniforms (including the traditional nursing caps), documents, photos, awards, and paintings–Deborah Kennedy, president of the CHH nursing alumnae association, knew something had to be done.

The answer, of course, was yes. Says Kennedy, “We met and they embraced us.”

In fact, it was Hill who coined what Kennedy instantly adopted as a slogan. “As I tried to explain to Dr. Hill what we were seeking, she said, ‘What you are trying to do is secure a future for your past.’ That was perfect,” says Kennedy.

As the association approached its 100th anniversary, Kennedy decided to include in the annual dues notice a special plea. I asked alumnae to help us get to $100,000 in honor of the special anniversary,” she says. “Once we got there, we would turn over all our money.”

The checks, according to Kennedy, started pouring in. Then Kennedy heard from a very supportive alumna who chose to remain anonymous and pledged to give whatever was needed to reach the goal. Even then, the money kept coming in, so much so that while the three-foot replica check read $100,000, the actual check was for $108,454.30.

The money will be used to establish the Freda Creutzburg Memorial Scholarship, named in honor of a 1921 graduate of CHH nursing school and its director of nursing for 40 years. The scholarship will be given annually to a Hopkins nursing student.

“The education I received at Church Home, the quality of educators, the clinical experiences, have been unparalleled. It’s been 32 years, and they’re still with me,” says Kennedy. “This is our chance to give others a chance to have that same excellent education, through the Hopkins School of Nursing.”

Nursing alumni from both schools gathered for the ceremony in December. Two special Church Home nurses present were the oldest living graduate, Hester DeHaven, a 1931 graduate, and her niece, Barbara Taber, a 1971 graduate. Also in attendance were Whedbee, former president of CHH, who in from Florida just for the event, and Jack Zimmerman, former chief of surgery, whose wife is a Hopkins nursing alumna.

Attendees reminisced, shared memories Creutzburg, and enjoyed a formal afternoon (a tradition established by Creutzburg). They were entertained by Hopkins nursing students modeling both Hopkins and Church Home nursing student uniforms from days past, including the infamous black oxfords and heavy black stockings that became the signature look for many Church Home nursing alumnae. Hill, who joked that the schools of nursing have been related forever, welcomed the CHH nursing alumnae by saying, “You area part of our family. You are a part of our school. And we are thrilled to have you.”

“We are looking forward to a very robust future here at the School of Nursing,” Kennedy responded.

With their own special chapter within the Johns Hopkins Nursesí Alumni Association, CHH nursing alumnae will be included in all Hopkins nursing alumni gatherings and will receive mailings and invitations to events. Kennedy promises their attendance. “You’ll spot us in the crowds,” she says. “Just look for the ladies in black shoes and stockings!” 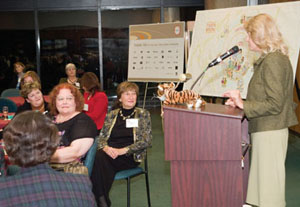 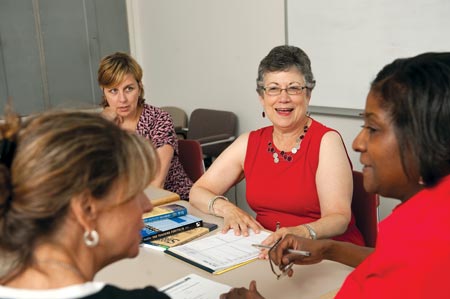 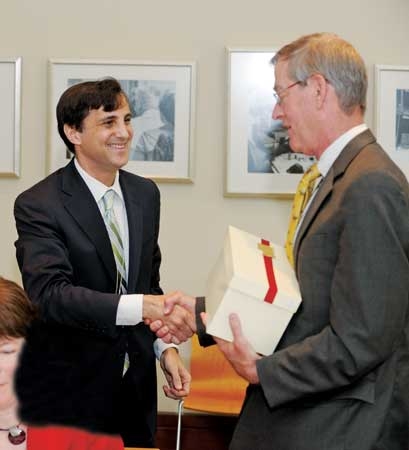 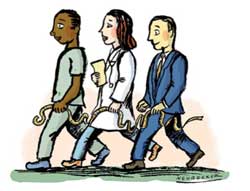