I expected a great magazine; after all, I was in on the planning and knew the content and had proofed many of the articles. Still, I was unprepared for the impact the finished product would have. The response from readers has been overwhelmingly positive. By no means does this mean that we think we’re perfect. We know we have to continue to work toward a more perfect product, but it does encourage us to continue along this path. I’m delighted to have heard from so many of you, personally or through Melinda, Betty, Kate and Martha. Keep those cards and letters coming; keep us on the straight and narrow.

This publication of the School of Nursing and the Alumni Association, Johns Hopkins Nursing, will be published twice a year, in the spring and in the fall. During the winter, all nursing alumni will receive a special, separate edition of Vigilando (the Alumni Association section of the magazine) that will focus just on Homecoming. It will cover the September Homecoming events and reunions plus the annual business meeting.

Speaking of Homecoming, I’d like to talk a little about what it means to be a member of the Johns Hopkins Nurses Alumni Association. Our organization was incorporated in 1892 for “the promotion of unity and good feeling among alumnae and the advancement of the interest of the profession of Nursing.”

In 1896 a Code of Ethics was developed by Hopkins nurses and some of these same nurses created the basis for a national organization that later became the American Nurses Association. In 1901, the first alumnae magazine was published, but it wasn’t called Vigilando then. In 1902 a nursing library was created, and then in 1904 members of our association worked toward registration of nurses in the state of Maryland, which led to the Maryland State Nurses Association.

Another great accomplishment of Hopkins nursing alumni was the creation of the Endowment Fund for Nursing Education known as the M. Adelaide Nutting Fund. It had a goal of $1 million to fund a chair of nursing. Thus began the challenge for university-based nursing education at Johns Hopkins. In 1973, it was necessary to close the doors of the hospital-based nursing school for numerous reasons, including the fact that the leaders felt it was no longer possible for Hopkins to be a leader in nursing education when it wasn’t a university-based school. An attempt was made to implement a nursing program within a School of Health Services, but it was short-lived. After that attempt, some nursing alumni became leery of any joint effort between the Alumni Association and the University. (That is another reason why this joint publication is such an important step.)

In 1974, after the close of the school, and not knowing whether there would ever be another nursing school at Hopkins, our association joined with Johns Hopkins University Alumni Association. This allowed us to continue to exist with a paid staff, and to use the university’s mailing and billing services. The University Alumni Association gave us half of the dues they received from nursing alumni. That relationship continues today even though we are back to being a viable association.

The Johns Hopkins Nurses’ Alumni Association used to have the highest percentage of members among all the Hopkins divisions. Unfortunately, the School of Medicine has surpassed us recently in this area. I don’t know about you, but I consider that a personal challenge. We need to figure out innovative ways to attract the school’s graduates to membership in the association.

As we all know, in 1984 the present school opened its doors and its accomplishments and impact on nursing and Johns Hopkins have been monumental. The Alumni Association has supported the school in numerous ways, including an endowed chair from the M. Adelaide Nutting Fund and the monies to build an Alumni Auditorium.

These times are particularly meaningful to us because we currently have an alumna as dean — Dr. Martha Hill. Having an alum lead the school makes it all the more exciting for the association to embark on joint projects, enabling all alumni to feel as one. We are no longer graduates of the hospital school and graduates of the university school. We are all Johns Hopkins nurses, and we are joining together to support the school we love because it is the best in the world for nursing education. 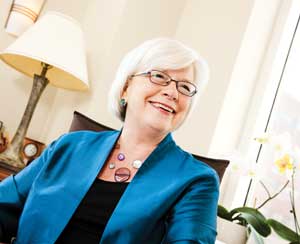 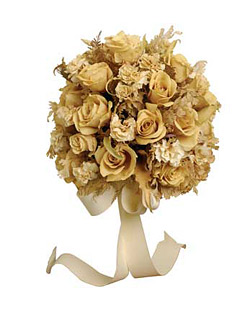